In 1892 the original Pembroke Technical and Ringsend Fisheries School was built by the Earl of Pembroke as a Fishery and Nautical School in Ringsend. Its motto was ‘PER MARE VIVIMUS – BY THE SEA WE LIVE’.

It was opened on Saturday 7th October 1893 and quickly became known as the ‘The Technical School’. And eventually from that becoming the Ringsend Technical Institute.

Throughout its years it has changed direction many times, as society changed and new opportunities presented themselves. First as a school for fishermen, then of automotive engineering, a trade’s school, then as a Matriculation centre, metalwork teacher training centre, a co-educational junior cycle and senior cycle, incorporating a major and hugely successful pre – University sector and night school. Recent years have seen the inclusion of adult education and FETAC programmes.

The foundation stone for the new school, on the current site, was laid on Friday 23rd March 1979 and the first cohort of students began in September 1980. The school was officially opened on 15th April 1983 by the then Taoiseach Dr. Garret Fitzgerald.

In 2011 the name of the school was changed from Ringsend Technical Institute to Ringsend College.

The college is still proudly and firmly based in the Ringsend and surrounding communities, to best serve their educational needs, by offering an inclusive, progressive, co-educational experience to the young people of Dublin South Inner City and further afield. 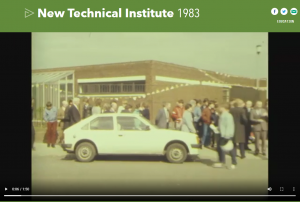 Ringsend College from the RTE Archives

Click here to watch An RTÉ News report broadcast on 15 April 1983. The reporter is Charlie Bird.Source: RTE Archives. The 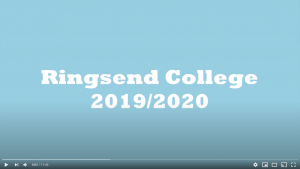 We’ve come to the end of the school year for 2020.  Here’s a message from Principal Ryder along with footage 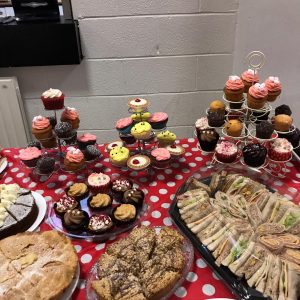 Ringsend College is a multi denominational secondary school and further education college run by the City of Dublin Education and Training Board (CDETB).

The college operates under a local Sub Committee which is representative of parents, staff, community, local primary schools and industry.

This website uses cookies to improve your experience while you navigate through the website. Out of these, the cookies that are categorized as necessary are stored on your browser as they are essential for the working of basic functionalities of the website. We also use third-party cookies that help us analyze and understand how you use this website. These cookies will be stored in your browser only with your consent. You also have the option to opt-out of these cookies. But opting out of some of these cookies may affect your browsing experience.
Necessary Always Enabled
Necessary cookies are absolutely essential for the website to function properly. These cookies ensure basic functionalities and security features of the website, anonymously.
Functional
Functional cookies help to perform certain functionalities like sharing the content of the website on social media platforms, collect feedbacks, and other third-party features.
Performance
Performance cookies are used to understand and analyze the key performance indexes of the website which helps in delivering a better user experience for the visitors.
Analytics
Analytical cookies are used to understand how visitors interact with the website. These cookies help provide information on metrics the number of visitors, bounce rate, traffic source, etc.
Advertisement
Advertisement cookies are used to provide visitors with relevant ads and marketing campaigns. These cookies track visitors across websites and collect information to provide customized ads.
Others
Other uncategorized cookies are those that are being analyzed and have not been classified into a category as yet.
SAVE & ACCEPT